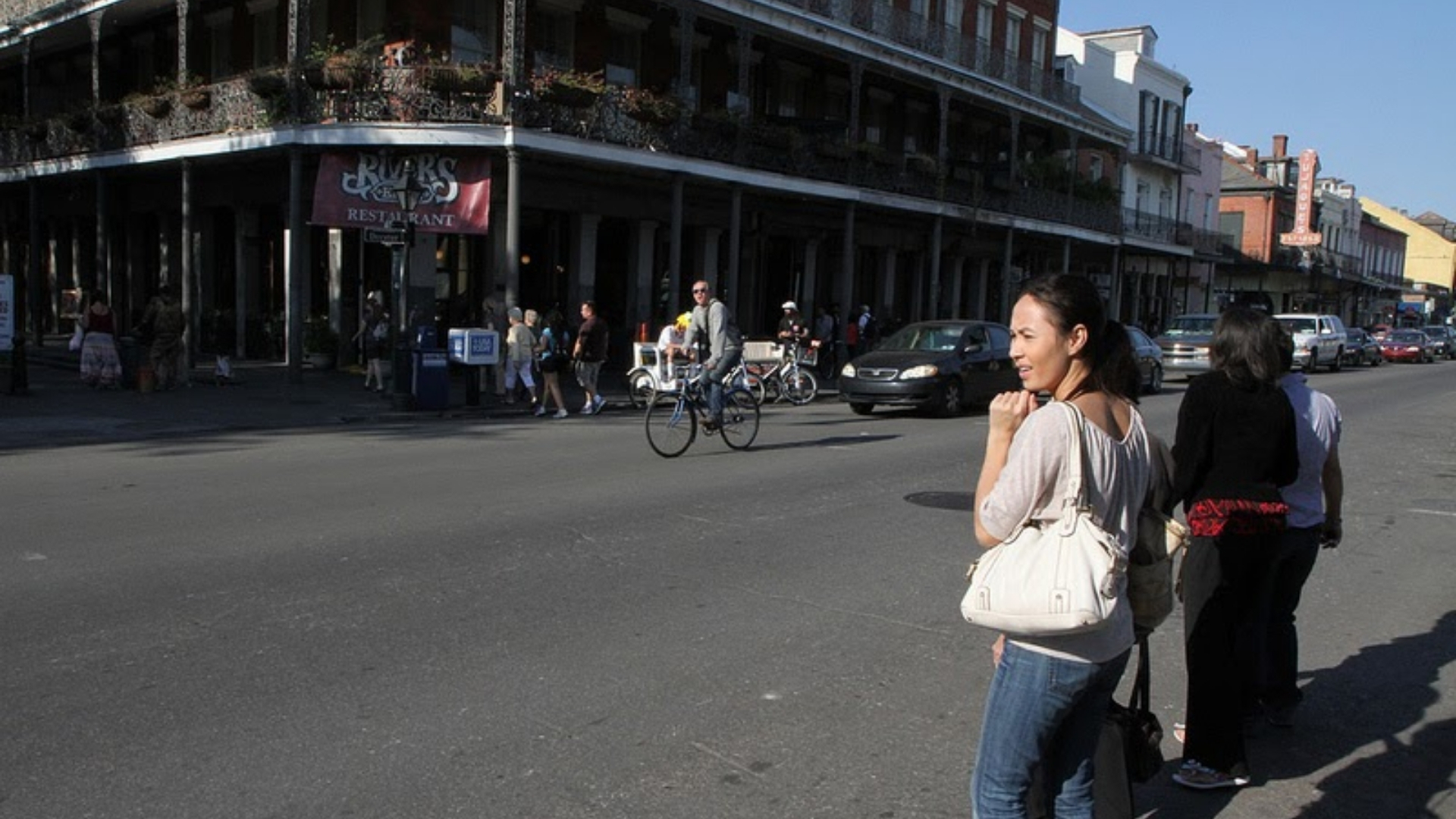 See pictures from our November 2012 rally

In 2012, the City of New Orleans designed Decatur Street as an incomplete, unsafe street. The Department of Public Works missed an opportunity to follow its own Complete Streets Policy to make Decatur Street from Canal to Elysian Fields safe for all travelers.

Bike Easy launched a campaign to say “I bike Decatur”.  New Orleans residents and workers need bicycle lanes for the whole stretch, to make the road safer for all residents and visitors.

The design, as it stands, is a fast, wide thoroughfare designed for automobiles only, designed outside the historic consideration and existing traffic patterns for the French Quarter. It also ignores the high bicycle crash rate and high usage by bicycle riders (UNO Studies 2004-2008). It also ignores public sentiment collected at environmental scoping meetings. Most damning is that DPW is ignoring a study (requested by the City) that showed the benefit for traffic flow of all users, in a design that incorporates bicycle lanes.

It is irresponsible to build this street as designed. The City should redesign the street to follow its own Complete Streets Policy (adopted 12/2011) and design Decatur to match safety, convenience and public desires of all users. Time is of the essence, once concrete is poured for medians, the alignment of lanes cannot be changed. A redesign is simple, cheap and easy way to use public money to benefit all users of Decatur Street.

Open Letter to the Landrieu Administration

Bike Easy is concerned about safety and level-of-service issues with the design plans on Decatur. We seek adjustments to the current overlay and striping plan.

We requested changes last week through the Department of Public Works, but have not yet received a response. As milling and overlay of this street is imminent, we’re seeking your assistance in making changes to this street design plan.

Utilizing public input, and the traffic study commission by the City — include bicycle lanes for the full length of the project. Such a treatment would adhere to the city’s Complete Streets Policy, increase safety and improve level of service on the road.

-Traffic Study found that Decatur, with full length bike lanes, improved service for all vehicles, including cars and trucks

-Time is of the essence – once concrete is poured for the pedestrian islands the design will eliminate any chance of installing bicycle facilities at all.

The case for bicycle lanes on Decatur:

-High Bicycle Traffic Levels – Bicycle and pedestrian traffic increased on Decatur 19.6% and 30.6% respectively from 2010 to 2011 according to UNO’s study. (UNO Count Report for 2010-2011). This makes the Decatur corridor one of the heaviest traveled (by bicycles) in their study.

-Improved Pedestrian and Bicycle Safety – Decatur at Jackson Square is at the center of a crash cluster. Dedicated bicycle lanes help reduce crashes and can help solve the crash cluster. UNO Crash Report for 2006-2008

-Demonstrating Complete Streets in Action: The only place in New Orleans where vehicles, trucks, buses, ferries, pedicabs, pedestrians, carriages, taxies and bicycles already co-habit. Design it that way and let’s make it safer for all users.

This is a chance to make an positive change that will last a generation. Please redesign these plans with public sentiment, the New Orleans Complete Streets Policy and all users’ safety in mind.

What can you do?

Call DPW (504) 658-8000 and tell them “I bike Decatur” and we need bicycle lanes for the whole stretch, to make the road safer for all residents and visitors. Email us at info@bikeeasy.org to report your phone call and what they tell you.

Smart Biking is a free course designed to help anyone feel comfortable safely riding a bike in traffic. The class is structured into one classroom session and one road riding... 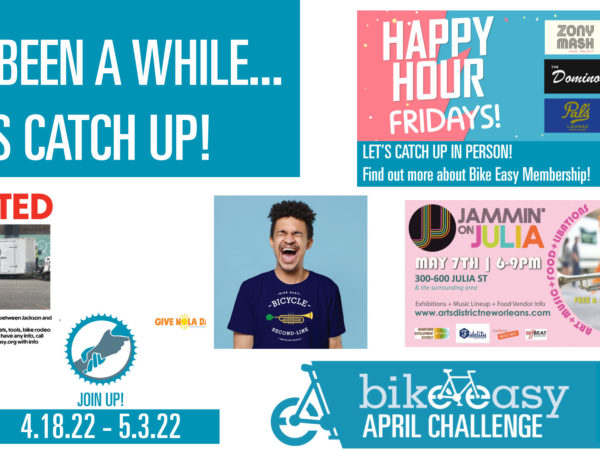 A letter from our Acting ED with some important announcements!   It’s been a while since I wrote to you, and we have a bit to catch up!  A lot…