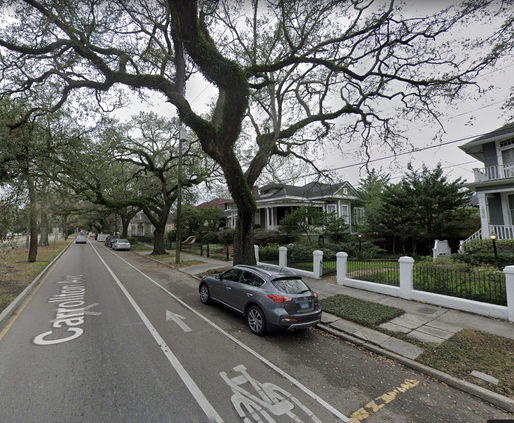 On Tuesday, July 13th, the New Orleans City Planning Commission (CPC) will vote to either approve or oppose the establishment of a new overlay district, the University Area Off-Street Parking Overlay, that would require all new construction and housing rehabilitations to secure one parking spot for every additional bedroom near Tulane University.

The current iteration of the University Area Interim Off-Street Zoning District is set to expire on September, 17th, but the City Council is pushing to expand and make permanent these parking regulations for new development in the entirety of District A. Despite the CPC’s previous objection to the original motion, as outlined in the University Parking Area Study, the City Council approved the motion to over the concern of dense student housing developments in their neighborhood, dubbed “Doubles-to-Dorms.”

Bike Easy is opposed to this misguided effort to create new parking requirements to solve housing concerns. City leaders must find a way to protect local residents without exacerbating the region’s existing housing and sustainability crises.

Why is this proposal bad?

The proposal would be a major obstacle in creating affordable housing.

The proposal would harm access to mobility options and the environment.

Walking and biking safety, and ADA accessibility: new curb cuts to add driveways will create many new potential conflict points between cars, pedestrians and bikes. These curb cuts will also make sidewalks more difficult to navigate for persons with disabilities.

From the City Planning Commission report on the proposed off-street parking mandate:

“The staff believes that the proposed increase in parking requirements would have harmful effects in the affected neighborhoods that will eventually ripple throughout the City. The proposed amendment would drastically increase the parking requirement in the applicable area, which would have several negative impacts including eliminating housing opportunities for certain households, increasing housing demand and costs, encouraging out-of-scale, suburban-style residential development that prioritizes the automobile, increasing the amount of impervious surfaces and stormwater runoff, exacerbating displacement, discriminating against renters and creating an unsustainable precedent.”


Please take a moment to voice your opposition by emailing the City Planning Commission – CPCINFO@nola.gov or by calling or emailing your Councilmember-

Encourage the City leaders to continue to look at options for reducing or eliminating parking minimums in District A and other parts of the City to support complete, accessible streets and affordable housing so we can move forward to a better, more equitable New Orleans.