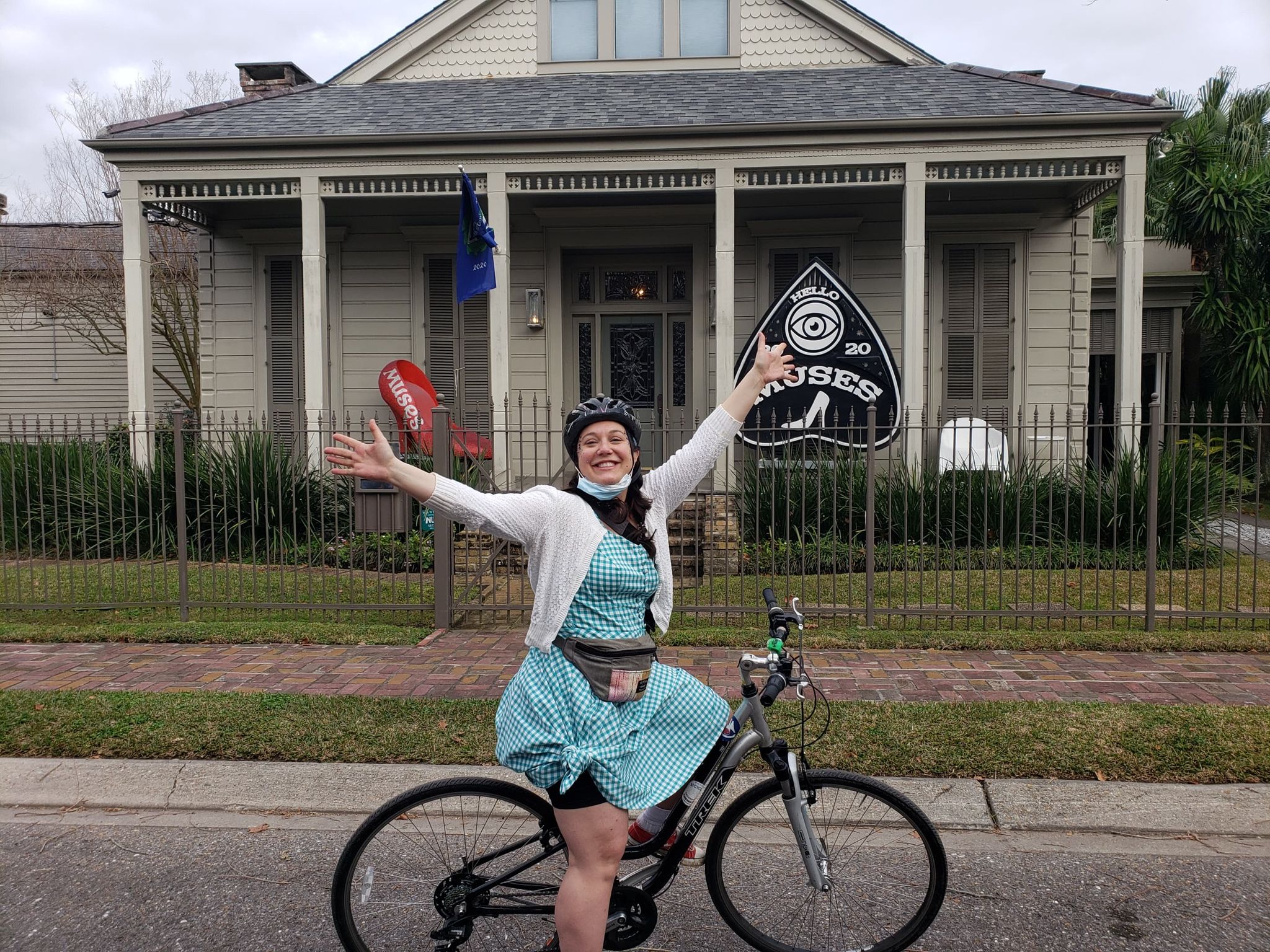 Celebrate Mardi Gras on your bike this year!

Bike Easy worked with the Krewe of House Floats to create suggested bike routes around neighborhoods in New Orleans to highlight house floats and bike infrastructure.

As we’re looking forward to Mardi Gras Day, we’re trying to adapt to the reality of COVID and celebrate in a safe and responsible way. Our community is great at coming together, even when we have to stay apart, and many people around the city (and the world) volunteered to transform their house into a float for this Mardi Gras season.

The Krewe of House Floats was created to help these efforts and keep a list of all of the House Floats. Krewe members reached out to Bike Easy and shared their data so we could create suggested bicycle routes which take you along residential streets, bike lanes, and some roads that will be transformed into bike boulevards in the future!

Enjoy these suggested bike routes on RideSpot with your household or pod!

The Mid-City and Algiers Point rides take you through low-traffic residential streets and intersect with shared use paths. (Hop on the levee trail, Norman Francis, Lafitte Greenway, or City Park trails for an extended off-street ride)

The Uptown route takes you along popular side streets for commuters many of which will become bicycle boulevards in the near future!

Take some pictures of your ride with #BikeMardiGras and we’ll share it on our social media!