Posted by Heather Haylett on March 28, 2019 in Advocacy, Bicycle Safety

Get familiar with biking and walking lingo

All the land and space between privately-owned property in and around a street or roadway. 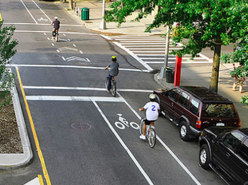 A designated portion of the roadway for exclusive or preferential bicyclist use, typically a paint-striped one-way bikeway adjacent to motor vehicle lanes.

Any thoroughfare for biking; does not include shared lanes or sidewalks but can include unmarked routes such as bike boulevards. The preferred term for any designated bike route or infrastructure.

A bike lane accompanied by a designated buffer space, separating the bike lane from the adjacent travel lane (no physical barrier!)

Vertical elements separate people biking from people driving. Maybe designed for one-way or two-way travel. Located either within or adjacent to the roadway.

Series of connected and protected bikeways accessible for people of all ages and abilities, which separates people biking from people driving using protected bike lanes and shared use paths.

Complete Streets are streets for everyone. They are designed and operated to enable safe access for all users, including pedestrians, bicyclists, motorists and transit riders of all ages and abilities.” Streets Built to Share so traveling can be safer for people walking, bicycling, driving, or using public transportation. 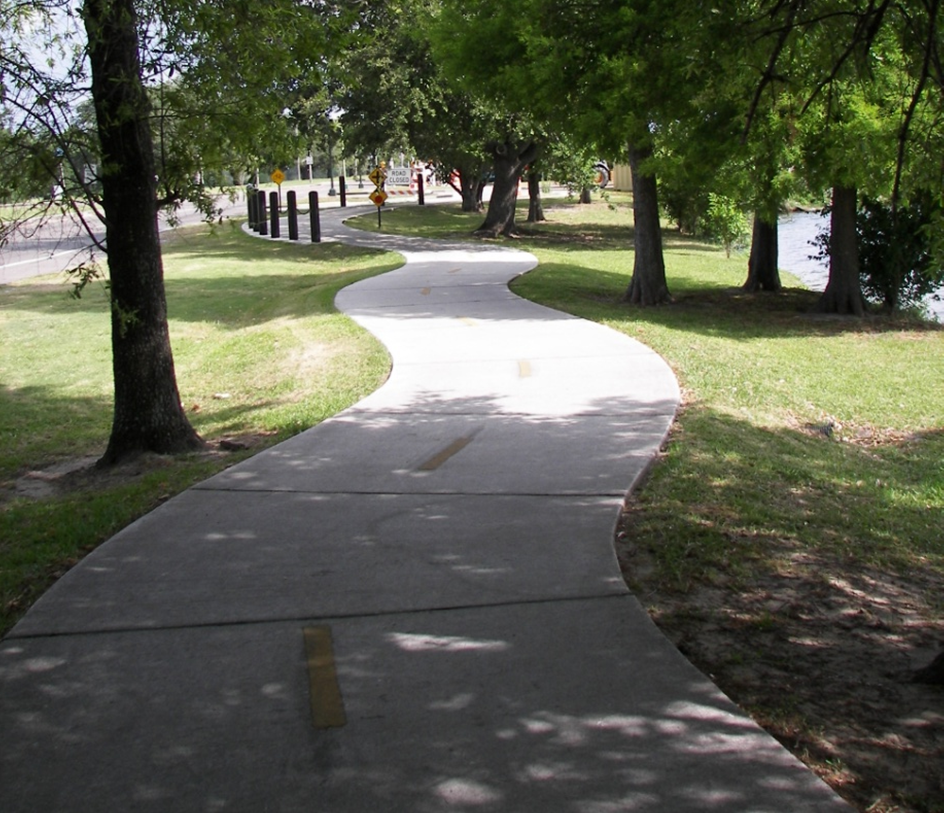 Collisions between cars, trucks, and bikes should not be viewed as accidents. Human error occurs everywhere. Humans live at roughly the same rate, while crash rates are higher in some places and lower in others. This is due to design and the prevailing culture. With better-designed roadways and more cultural awareness, fewer crashes will occur.

Law which requires equal access for persons with disabilities in employment, to state and local government services, public accommodations, businesses, transportation, and accessibility.

A section of sidewalk or a landscaped area extending into the roadway that reduces the crossing distance for pedestrians and helps reduce traffic speeds.

At an intersection (or sometimes within the blockface), a ramp cut into the curb to provide street and sidewalk access to people in wheelchairs, strollers, or other wheeled devices.

Walking safety feature at intersections to let people with vision or hearing impairments know when it is safe to cross.

See Recent Posts or all posts in the Blog Archives